How far to the horizon?

The Advocacy Iceberg
How far to the horizon?

There are, as usual, a whole load of useful insights in Tom Baker’s latest blogpost.

But I was particularly struck by the first two lessons he offers about campaigning around aid, essentially that:

This reminded me a little bit of an argument I’ve made over the years, that campaign planning tends to focus on exactly the wrong timescales.

Plans typically focus on the medium term (something like 6 months-2 years), but it’s actually the short- and long-term you should worry about. And if you get those right, everything in the middle looks after itself.

That way of thinking doesn’t seem to have got much traction, with the dominant approach very much focused on medium term planning.

Not that surprisingly; there are various reasons for this standard approach prevailing.

For a start, there’s something inherently attractive in believing the dynamics of change are essentially predictable and controllable, and rollable-up into a plan covering the foreseeable future.

And there are strong organisational pressures to operate to those kinds of timetables too.

As a standard organisation-wide way of working with which campaigning has to fit. And as a response to the need to make the case that there is good reason to expect, and then see good evidence of, gradual cumulative progress. Without looking so far in the future that organisational attention might waver.

It also illustrates, and then reinforces, an outlook that identifies change as starting from organisational activities and rippling outwards. (Rather than occurring through a conglomeration of actors interacting in complex ways and with unpredictable effects.)

And so campaigning interventions are thought about and planned on that basis.

But the concern is not only that this encourages a false sense of plannability, it may also mean missing the importance of being on top of other timescales of change.

Successful campaigns are generally about keeping your eye on the distance, and finding ways to get there, adapting along the way, whilst also being able to deal with what’s in front of your face.

It varies between the type of campaign, and the issue, but if I were going to offer some generalised suggestions on planning, which I now am, I would see it more like this: 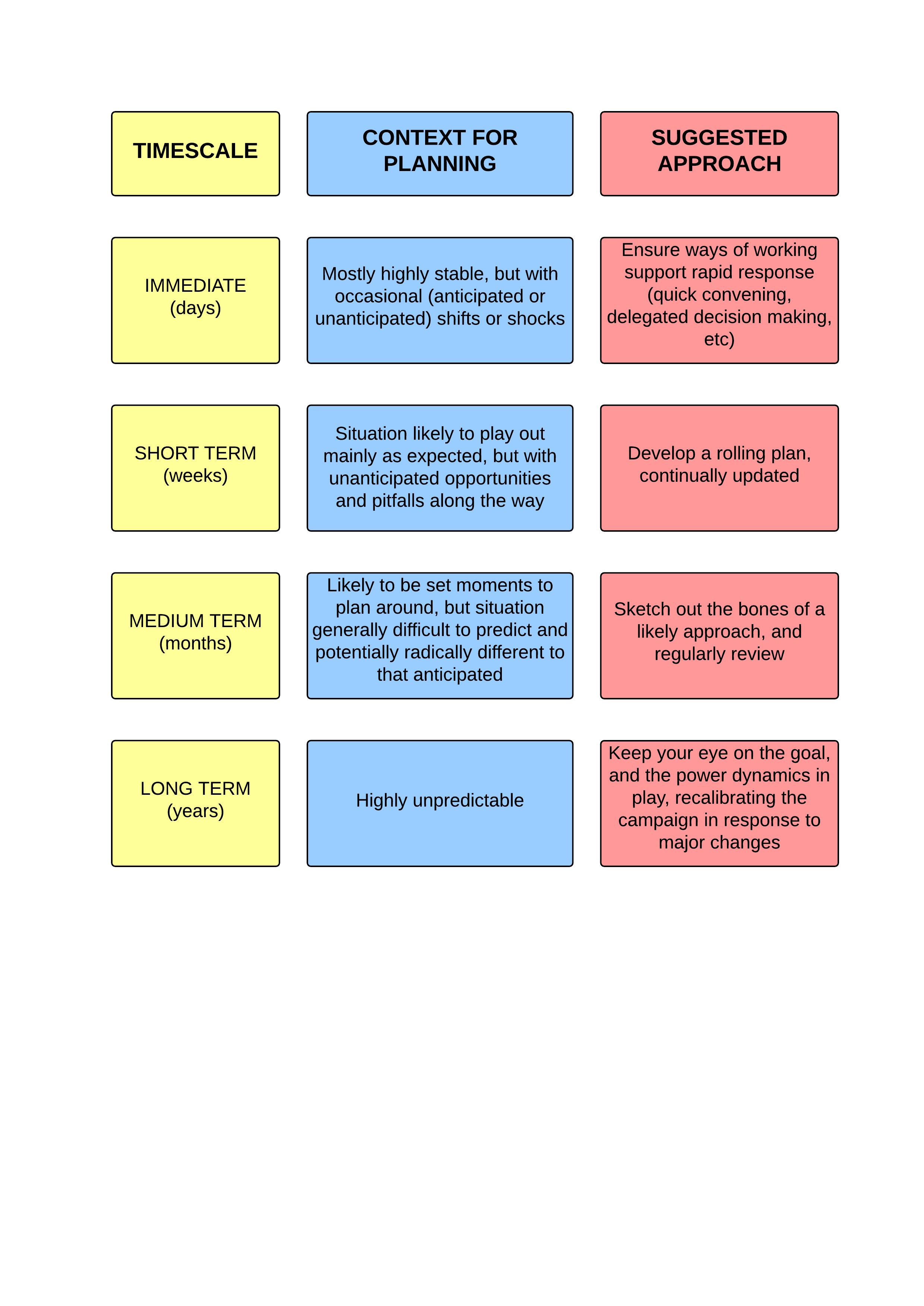