US academic Hahrie Han was over in the UK last week and whilst she was here she presented a lecture, hosted by Westminster University.

The lecture drew on her book ‘How Organizations Develop Activists’ in which she draws a distinction between mobilising and organising strategies.

I would definitely recommend reading the book. (There are also summaries of, and reflections on, the book here and here, and my summary is here.)

In the highly distilled version, Hahrie Han’s research explores different ways that organisations conceptualise the role of, and seek to develop, activist supporters:

In the mobilising approach, the supporter recruitment/development model essentially involves:

This seems to be the standard model that NGOs employ in relation to campaigns supporters. 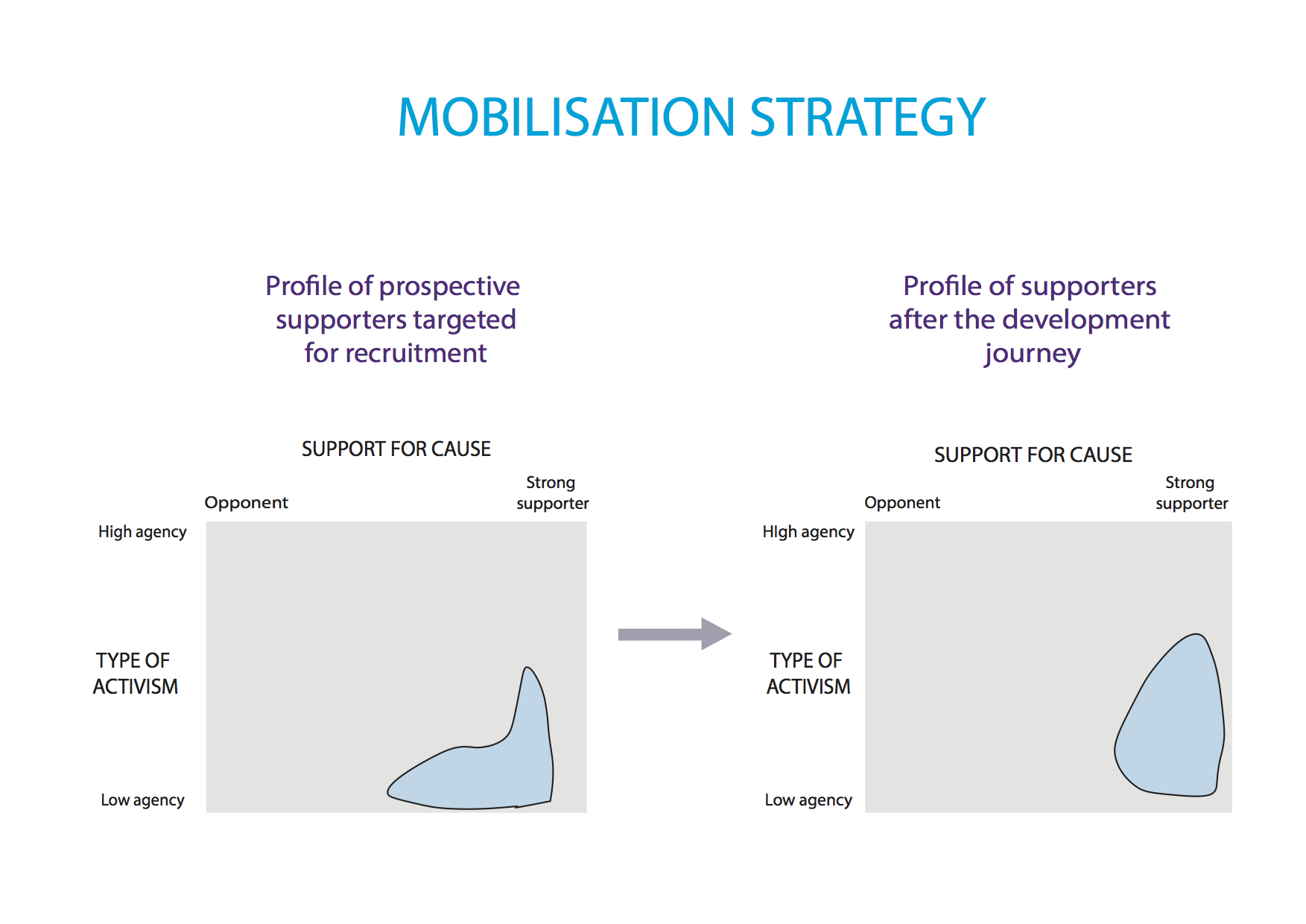 (I don’t really have enough evidence to say but I wonder a bit whether it really works as well as people might think it does. It sounds fine in theory. But in practice, do (enough) people actually move up the ladder? Is there good evidence to expect that they will (in sufficient numbers)? And are supporter development routes targeted and sophisticated enough to facilitate it?)

In contrast the organising model operates to different principles:

So in this model the likely/desired development journey looks more like this: 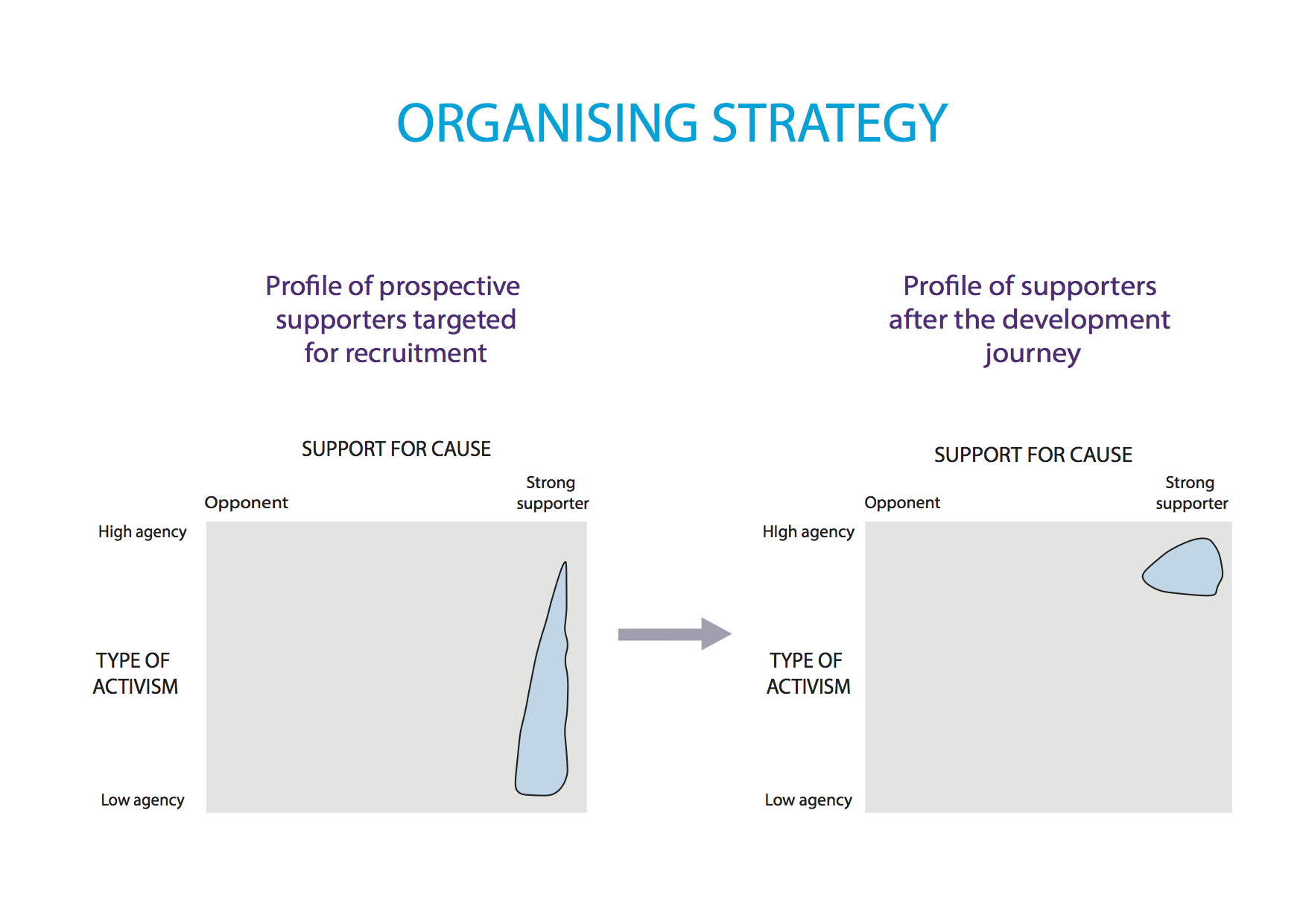 One thing that Hahrie threw in in the lecture however introduces a new (and surprising!) dynamic and dimension.

This is why the graphic isn’t a ladder. Because, in this new understanding, moving up the ladder of activism is only part of the picture: transformation happens sideways as well as upwards.

Hahrie quoted research by sociologist Ziad Munson that brings this idea into the mix:

He interviewed a number of anti-abortion activists in the US, and in doing so identified that half of the people he talked to had been either indifferent to the issue or pro-choice when they first became active.

They joined for social reasons, and the process of engagement transformed their beliefs as well as their sense of agency.

So this points to a more radical development model: 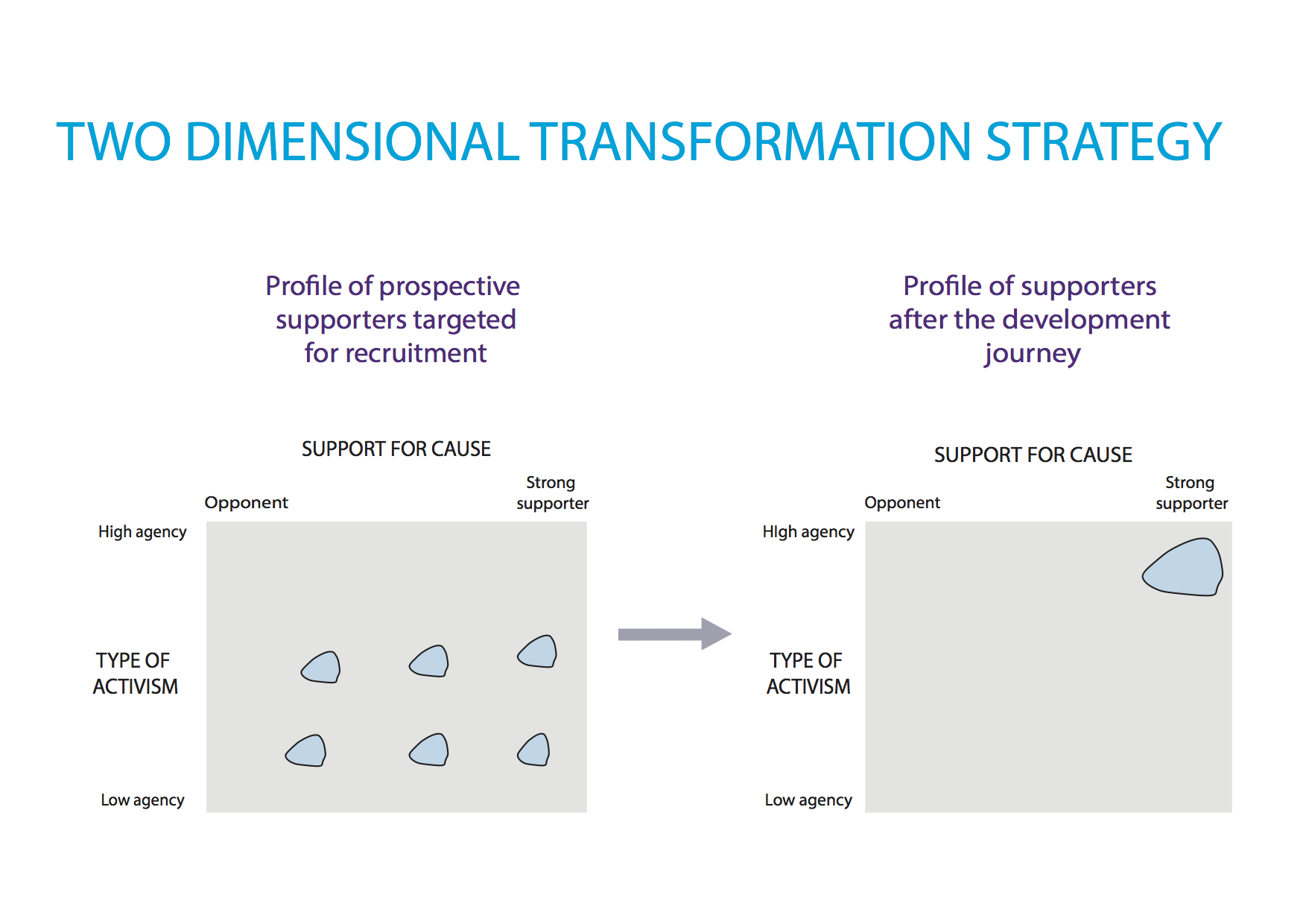 The mobilisation model is based on a transactional, incremental approach to supporter development.

In the organising model, the aim is to create the conditions that transform supporters’ agency.

And then in this variant of the organising model, transformation can relate to beliefs as well as agency.

I think it’s fair to say that the dominant belief in the sector is that to recruit campaigns supporters it makes sense to target the people who (are most likely to) believe in the issue and support the cause, but haven’t yet taken action to show this.

But this third model points to a way to think about building support that is very different to that orthodoxy. One that would be very interesting to explore and test further.

I just wanted to focus on this one area of her lecture here – but she covered loads of other interesting stuff, parts of which I hope to return to at some point, and some of which is well covered here by the inimitable Tom Baker